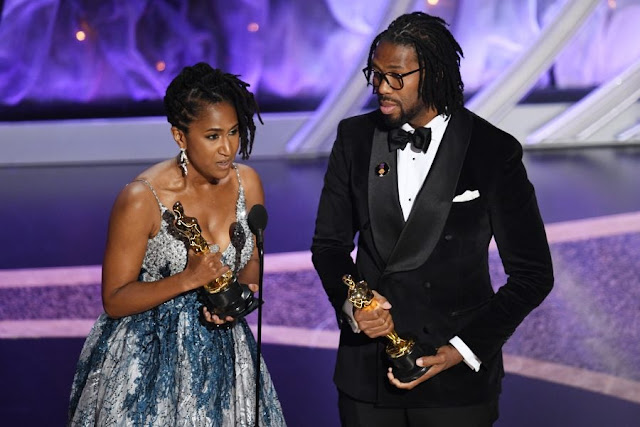 Chicago filmmaker Matthew A. Cherry took home the Oscar for best animated short film for “Hair Love,” a six-minute film about an African American father attempting to do his daughter’s hair for the first time.

In accepting the award alongside co-producer Karen Rupert Toliver, Cherry — who also directed and co-wrote the film — dedicated his statuette to the late Kobe Bryant, saying ‘may all our second acts be as great as his,’ and to his special guest in attendance, DeAndre Arnold, saying, ‘I want to say “Hair Love” was done to normalize black hair.”

The win is an incredible accomplishment given that the film originated as a Kickstarter organized by Cherry, who spoke of his desire to make a movie about an African-American father’s relationship with his daughter and figuring out how to do her hair. Cherry cited a lack of representation in mainstream animation as a reason for doing the project.