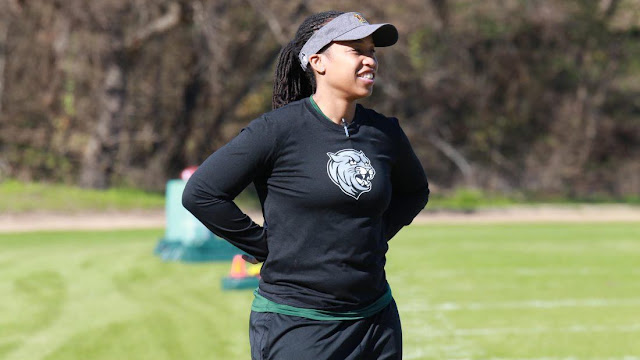 Ron Rivera has hired Jennifer King to join his staff in Washington as a full-time assistant, a historic move for the newly Redskins head coach, according to The Athletic’s Rhiannon Walker.

King served as an intern under Rivera with the Carolina Panthers for four months before the 2017 season. She joined the Dartmouth College staff as an offensive assistant in September following a brief stint as an assistant wide receivers coach in the Alliance of American Football, which has since shut down. She was the third female assistant in the AAF and the only offensive one, too.

It’s not clear what role King will have on Rivera’s staff, though she is expected to work on the offensive side of the ball.