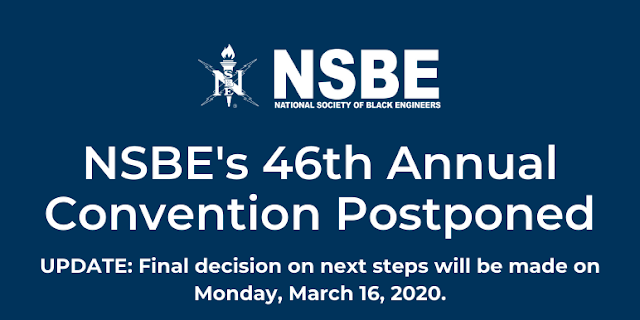 The National Society of Black Engineers postponed a planned convention in San Antonio that was scheduled for March 25-29.

A letter from National Society of Black Engineers leadership to its members said the decision to postpone the conventions was made to protect the members, their families and communities as well as “to ensure the quality of the workshops.” The letter mentioned that a number of NSBE’s corporate partners and several confirmed speakers had canceled their participation in the event because of travel restrictions.

David Gonzalez, the director of communications for Visit San Antonio, told KSAT the National Society of Black Engineers is hoping to reschedule in San Antonio later this year.