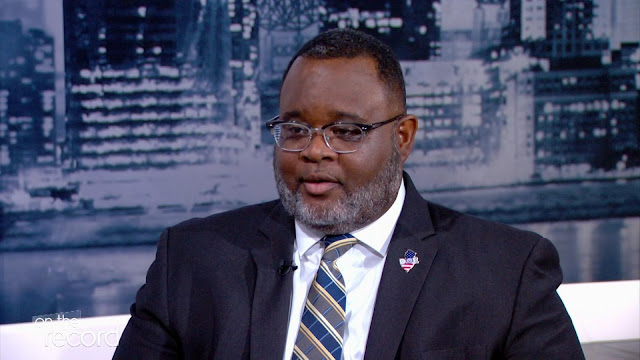 Lamont Repollet, Ed.D., the New Jersey Commissioner of Education and a Kean alumnus, will become the 18th leader of Kean University.

The Board of Trustees announced the appointment on Monday, May 11, following a unanimous vote in support of the thoughtful and charismatic educator.

“Dr. Repollet will step into the presidency with confidence and experience, and with the strength needed to lead Kean forward on its path of access and excellence,” said Board Chair Ada Morell ’97. “At such a critical time in the University and the state’s history, he brings both stability and ingenuity. He knows our mission. He lives our mission, and he is committed to ensuring that Kean provides the world-class education and experiences that students demand.”

Repollet, who currently oversees the top-ranked public school system in the nation, this summer will succeed President Dawood Farahi, Ph.D., who steps down from the position at the end of June after 17 years of transformative leadership.

“I am both humbled and energized by this appointment, and by the faith the Board of Trustees is placing in me to continue Kean University’s progress as one of the best institutions of higher education in New Jersey,” Repollet said after the vote. “I have important work to finish with the state, but I am grateful Governor Murphy supports this next step in my career, and I look forward to working with him in this new role.”

Repollet says he supports Gov. Murphy’s student-centered vision for higher education with the goal of making New Jersey the hub for American innovation and economic opportunity. Included in the vision is a Student Bill of Rights to encourage students to pursue higher education through college preparatory programs, reduce college costs, support a timely path to graduation, create a welcoming learning environment, and cultivate research, innovation and talent.

Repollet has served as the state’s education commissioner since 2018. During his time as commissioner, New Jersey was ranked best in the nation in the Education Week Quality Counts 2019 report. He and his team have worked to expand early childhood education; promote a school culture that embraces social and emotional learning; and strengthen STEM opportunities for students. He has made outreach to stakeholders across the state’s public education system a key component of his leadership style. Most recently, he has worked closely with Gov. Murphy as New Jersey’s public school children shifted to remote education amid the COVID-19 pandemic.

From 2014 to 2018, Repollet served as superintendent of the Asbury Park School District, where he implemented a number of programs that helped increase the graduation rate by 30 percent. Earlier in his career, he served as a high school principal and teacher.

Repollet graduated from Kean with a master’s degree in educational administration in 2000 and served on the Kean Board of Trustees from 2011 to 2018 before assuming his role as commissioner.

President Farahi announced his plans to step down from the presidency at the start of the academic year. The University worked with the search firm of Storbeck Search & Associates to conduct the national search along with a search committee that included faculty, students, alumni and members of the Board of Trustees.

Steve Fastook H’06, a member of the Board of Trustees who chaired the committee, noted the group considered more than 80 candidates during the months of the search, and Repollet kept making his way to the top.

“Lamont really impressed the search committee from day one,” Fastook said. “Some of us knew him from his days on the Board, some did not, but all of us were impressed with his depth of knowledge of the academic and economic challenges ahead. He has a strategic vision for moving students past the K-12 pipeline into a K-Bachelors pipeline that will define our future.”

Claire Mulry, OTD, a faculty member who served on the search committee, said each member of the committee brought a unique perspective to the selection process and worked collaboratively to find the candidate best suited to handle multiple initiatives and objectives.

“From an academic standpoint, it was really important to me that we select a candidate who respects the faculty role in the curricular process while keeping innovation of academic programs as a priority,” Mulry said. “As a faculty member, I’m really excited to work with Dr. Repollet.”

Repollet will take the helm of a University with more than 16,000 students in Union, Toms River, Manahawkin, and Jefferson, New Jersey as well as online and at Wenzhou-Kean University in Wenzhou, China.

“Being on the Presidential Search Committee, I saw how Kean puts students first in all decisions,” said De'shawn Reed, a Kean football player from Jersey City who is graduating with a bachelor’s degree in physical education/exercise science this year. “That’s why Dr. Repollet is the best choice. I know that Kean’s students are in good hands with him as president.”

In addition to his Kean master's degree, Repollet received his Bachelor of Arts in communication from The College of New Jersey and a Doctorate in Education from Nova Southeastern University.