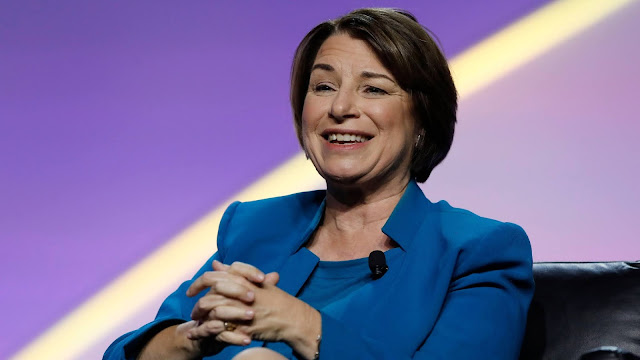 Sen. Amy Klobuchar on Thursday night removed herself from consideration to be Joe Biden's running mate, citing the ongoing national discussion about racial injustice and police brutality to suggest the former vice president should choose a woman of color.

"This is a historic moment, and America must seize on this moment. And I truly believe as, I actually told the vice president last night when I called him, that I think this is a moment to put a woman of color on that ticket," Klobuchar, a Minnesota Democrat, told MSNBC's Lawrence O'Donnell.

"And there are so many incredibly qualified women, but if you want to heal this nation right now, my party ... this is sure a hell of a way to do it."

Posted by Councilman George L. Cook III at 5:07 AM