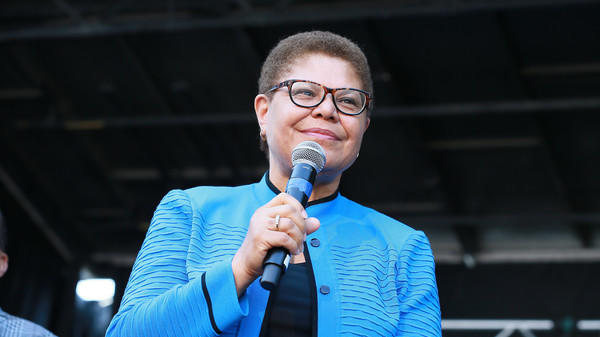 On June 16th, President Trump announced an Executive Order on Safe Policing for Safe Communities in response to national calls for law enforcement reform. The President’s Executive Order falls woefully short of the long overdue demands for accountability and transparency in our police departments. During the announcement today, the President claimed the Executive Order would set standards "as high and as strong as there is on Earth" on the use of force, and that he would prioritize federal grants to police departments that met those standards, yet this order excludes a ban on chokeholds, which killed Eric Gardner and George Floyd.

Last Monday, the House and Senate Democrats led by the Congressional Black Caucus unveiled the Justice in Policing Act, renamed the George Floyd Justice in Policing Act. This bill is the first-ever bold, comprehensive approach to hold police accountable, change the culture of law enforcement and build trust between law enforcement and our communities.

The Justice in Policing Act is calling for real reform including banning chokeholds, banning the no knock warrant, limiting the transfer of military-grade equipment to state and local law enforcement, requiring body cameras, reinvesting in our communities by supporting critical community-based programs to change the culture of law enforcement and empowering our communities, makes lynching a federal crime, and creates a nationwide police misconduct registry to prevent problematic officers who are fired or leave one agency, from moving to another jurisdiction without any accountability and much more. These are just some of the provisions of the new bill.

For perspective, if the Justice in Policing Act had been law last year Breonna Taylor would not have been shot to death in her sleep because no-knock warrants for drug offenses would have been illegal. This May, Tamir Rice would have graduated from High School because the officer who killed him would not have been working as a police officer because he was previously listed in the national registry for misconduct. President Trump’s Executive Order calls for none of this. We need proactive solutions such as the Justice in Policing Act and not timid responses to a national crisis.

President Trump continues to dismiss the needs of Black America and the importance of effectively dismantling institutions of systemic racism. To him, it doesn't exist. COVID-19 continues to severely impact Black America and when the CBC demanded for the racial data on coronavirus cases, the Trump Administration refused to release the comprehensive data. He chose Tulsa, Oklahoma, the city where the worst act of racial violence was committed when Black Wall Street was burned down by white supremacists, as the location to kick off his re-election campaign rally. Black Wall Street in Tulsa was a thriving and established Black community that consisted of Black owned businesses and over 1,200 homes occupied by Black families. The rally was also originally scheduled for Juneteenth - the day African Americans celebrate emancipation. President Trump only decided to change the date of his rally to the 20th after extensive backlash.

At a time when communities across the world are joining the American people in solidarity to call for change, President Trump has opted for fake reforms that will not change anything. America needs the Justice in Policing Act because it calls for real reform and will ensure police officers are held accountable. It also provides an opportunity to re-imagine what just and equitable policing looks like and begin the process of rebuilding.