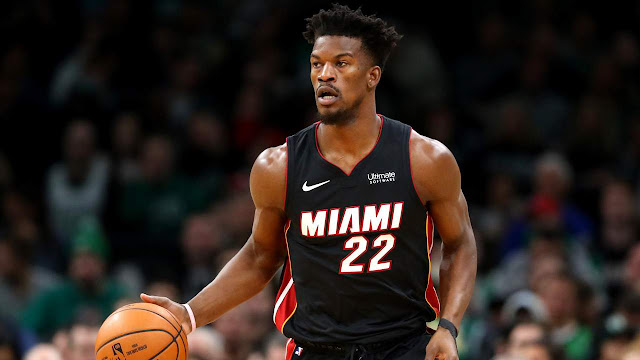 Miami Heat All-Star swingman Jimmy Butler is hoping to keep the nameplate on the back of his jersey blank to underscore that if he weren't an NBA player, he would be "no different than anybody else of color."

Many players have decided to wear one of a list of NBA-approved social justice messages during play later this month at the ESPN Wide World of Sports Complex in Orlando, Florida. Butler said he hopes the NBA will allow him to wear no message at all.

Watch Butler explain his decision below:

The lack of words @JimmyButler hopes you'll see on the back of his jersey is a statement within itself.#BlackLivesMatter pic.twitter.com/LlIYfSFl92