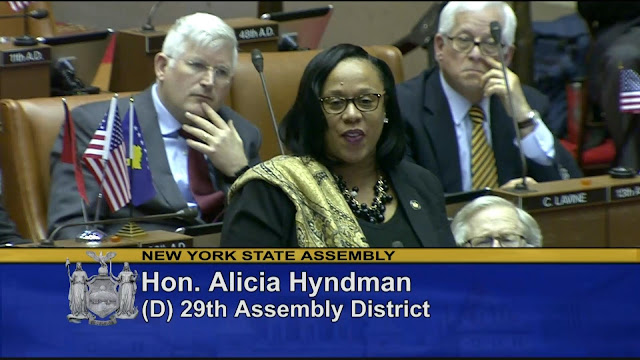 New York lawmakers made use of a rare, mostly remote summer session to approve legislation designating Juneteenth a public holiday.

The Senate and Assembly returned to work this week, taking up myriad measures after the regular legislative session was placed on hold by the pandemic.

The Democrat-led chambers voted to create two new public holidays celebrating Juneteenth, which commemorates June 19, 1865, when Union Gen. Gordon Granger arrived in Galveston, Texas, to inform enslaved African-Americans that the Civil War had ended and that they were free, and Abolition Commemoration Day, marking the end of slavery in New York.

“It is long past time that we commemorate and honor important dates in Black history,” said sponsor Assemblywoman Alicia Hyndman (D-Queens). “Juneteenth must be recognized across the country as a public holiday, and I am proud that, working with my colleagues, we are able to mark a piece of Black liberation on the calendar and in our cultural consciousness here in New York State.”