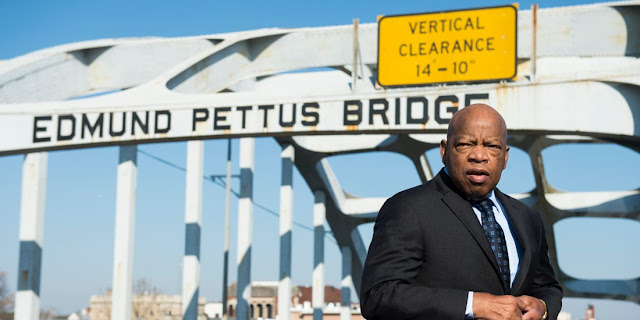 While appearing on Meet The Press Rep. Jim Clyburn (D-S.C.), echoed calls for the Edmund Pettus Bridge in Selma, Ala., to be renamed after the late Rep. John Lewis (D-Ga.), who died on Friday.

NEW: Rep. Jim Clyburn (D-S.C.) says the Edmund Pettus Bridge should be renamed after John Lewis. @ClyburnSC06: Pettus “was a grand wizard of the [KKK]. Take his name off that bridge and replace it with a good man, John Lewis, the personification of the goodness of America.” pic.twitter.com/tYV4rWEUKd