The University of Maryland Welcomes Its First African American President 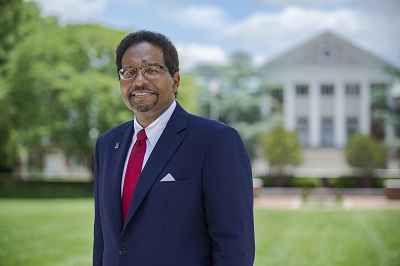 Dr. Darryll J. Pines began his role as the University of Maryland’s 34th president on July 1. Previously the Nariman Farvardin Professor of Engineering and the dean of the A. James Clark School of Engineering, he’s the university’s first African American president.

He began his role by announcing twelve new initiatives, including increasing the university’s mental health staff; hiring a coordinator for immigrant and undocumented student life; naming new residence halls after figures who contributed to University of Maryland’s diversity; and establishing a taskforce on campus policing.

“Excellence and diversity, equity and inclusion for me are synonymous with greatness,” Pines said. “And that’s what I intend to do for this university.”