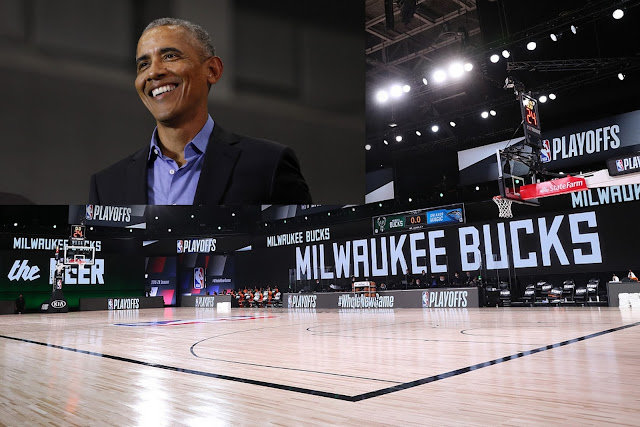 Barack Obama released the following statement via Twitter after the Milwaukee Bucks and other NBA and WNBA teams decided not to play games yesterday to protest the shooting of Jacob Blake:

I commend the players on the @Bucks for standing up for what they believe in, coaches like @DocRivers, and the @NBA and @WNBA for setting an example. It’s going to take all our institutions to stand up for our values.