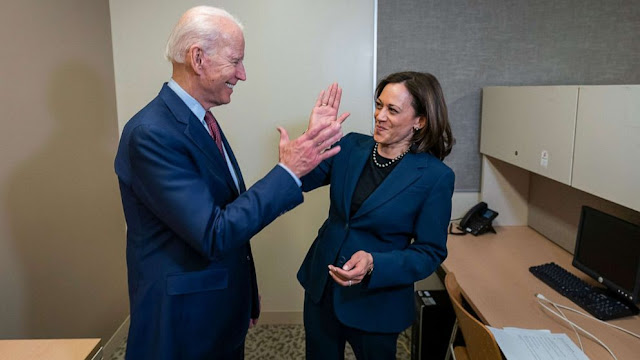 Derrick Johnson, president and CEO of the NAACP, released the following statement on the selection of Senator Kamala Harris as a candidate on the presidential ticket of a major political party:

Throughout the history of this nation, Black women have been at the forefront of moving us toward a more representative and unified society. From the voting booth to grassroots movements, Black women have fought for and uplifted this country with their vote and voice. But their representation in the highest levels of government has never matched their unwavering participation in our democracy. Today’s announcement of a Black woman, Sen. Kamala Harris, as the first vice-presidential candidate of a major political party, breaks down one of these barriers in historic proportions. That it comes at a time in which Black Americans face dueling threats from a global health crisis and ingrained racism is all the more powerful.

This moment is long overdue. For far too long, we have undervalued Black women’s political power and their role in shaping our culture, communities, and country. The selection of Sen. Harris as a vice-presidential candidate on a major party ticket is the culmination of the tireless work of Shirley Chisolm, Charlene Mitchell, Sojourner Truth, Rosa Parks, Fannie Lou Hamer, Barbara Jordan, Ida B. Wells, and Myrlie Evers in their fight for representation and equality. Their sacrifices, told and untold, made it possible for Sen. Harris to make political history today. Regardless of party affiliation, every American should be proud that this milestone was finally reached.

While we do not support a political party, we recognize the overwhelming significance of this moment and what it means for this nation. We must not allow coverage of Sen. Harris’ historic candidacy to decline into ugly racist and sexist stereotypes and attacks. We call upon the media, members of both political parties, and the people of this nation to honor this historic moment and treat Sen. Harris’s candidacy with the respect and esteem it deserves throughout this election season.

As the presidential campaign progresses, the NAACP remains steadfast in our pursuit of full participation in democracy for Black people. With our ongoing commitment to dismantling institutional injustice, uplifting Black culture, and maximizing our economic and political power, we know that this pivotal moment sets the stage for our continued work to realize equal justice.