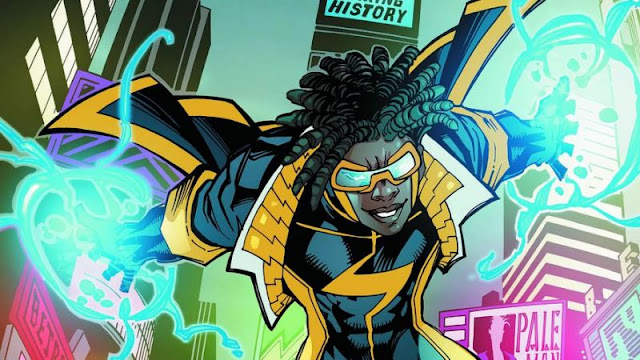 A new “Static Shock” movie may be on the way.

At a DC FanDome panel on Saturday, filmmaker Reginald Hudlin said there’s been “serious conversations” about bringing the electric-powered teen hero to the big screen.

Virgil Hawkins, a.k.a. Static Shock, was created by Milestone Media and DC Comics in the 1990s and starred in a Kids’ WB animated series in the early 2000s. The series received multiple Daytime Emmy award nominations and is still highly regarded by fans for being one of the few superhero series starring a Black character.

“One of the things we’re really excited about, we really want to live up to the name of the company, Milestone Media,” said Hudlin. “When we spoke to Jim [Lee] about reviving the Milestone line, we said ‘Look, we all know this has been a hit comic book and hit animated series. It’s time to expand back into all those areas and then some.’ So we’re in serious conversations about, as we’re launching the comic book series, developing the ‘Static Shock’ movie. That will be a theatrical feature film.”

There were no other details given on “Static Shock’s” move to the big screen, but he will star in a digital comic book series in February 2021.