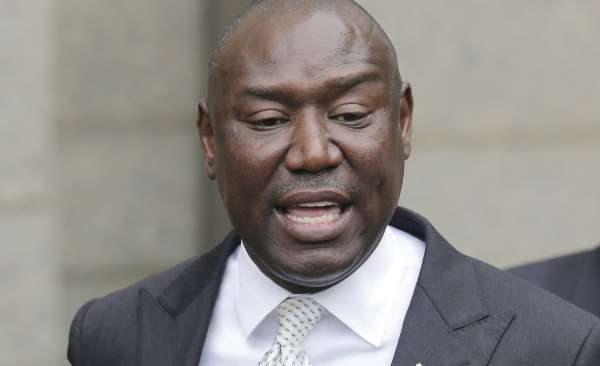 Civil Rights Attorney, Benjamin Crump released the following statement after Kentucky Attorney General Daniel Cameron announced that none of the three officers involved in Breonna Taylor’s shooting would be charged with her death and only one officer will face charges for shooting into a neighbor’s apartment on the night of the raid.

“This is outrageous and offensive to Breonna Taylor’s memory. It’s yet another example of no accountability for the genocide of persons of color by white police officers. With all we know about Breonna Taylor’s killing, how could a fair and just system result in today’s decision? Her killing was criminal on so many levels: An illegal warrant obtained by perjury. Breaking into a home without announcing, despite instructions to execute a warrant that required it. More than 30 gunshots fired, many of which were aimed at Breonna while she was on the ground. Many others fired blindly into every room of her home. A documented and clear cover-up, and the death of an unarmed Black woman who posed no threat and who was living her best life. Yet here we are, without justice for Breonna, her family and the Black community.

“If Hankison’s behavior constituted wanton endangerment of the people in the apartments next to hers, then it should also be considered wanton endangerment of Breonna. In fact, it should have been ruled wanton murder. How ironic and typical that the only charges brought in this case were for shots fired into the apartment of a white neighbor, while no charges were brought for the shots fired into the Black neighbor’s apartment or into Breonna’s residence. This amounts to the most egregious disrespect of Black people, especially Black women, killed by police in America, and it’s indefensible, regardless of how Attorney General Daniel Cameron seeks to justify it.

“The rallying cries that have been echoing throughout the nation have been once again ignored by a justice system that claims to serve the people. But when a justice system only acts in the best interest of the most privileged and whitest among us, it has failed. For the sake of Breonna Taylor, for the sake of justice, and for the sake of all Americans, law enforcement agencies and their representatives throughout the country need to take a long, hard look in the mirror. Is this who you are? Is this the example you want to set for the rest of the world and for future generations?

“Today’s news falls far short of what constitutes justice. But by no means does it define this movement or this moment in our history. The Grand Jury may have denied Breonna justice, but this decision cannot take away her legacy as a loving, vibrant young Black woman who served on the front lines in the midst of a devastating pandemic. It is our hope that through the FBI’s investigation, we will finally get the justice for Breonna that the Grand Jury refused her today.

“Make no mistake, we will keep fighting this fight in Breonna’s memory, and we will never stop saying her name.”