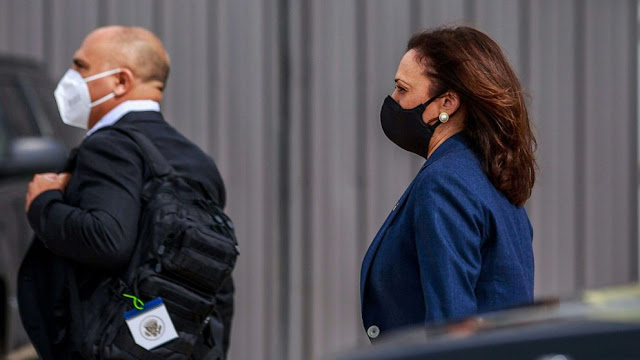 Sen. Kamala Harris (D-Calif.) on Monday privately met with the family of Jacob Blake, the Black man who was shot several times in the back by police in Kenosha, Wis., last month.

Harris met with members of the Blake family as she made her first appearance in Wisconsin since being selected as Democratic presidential nominee Joe Biden's running mate. Harris met with the family and members of Blake's legal team at a private airport in Milwaukee, a Biden campaign official said, adding that Harris spoke with Blake by phone during the meeting.

Benjamin Crump, an attorney representing the Blake family, said in a statement that Harris spoke with the family about how they’re handling the trauma of the shooting. She also addressed the Biden campaign’s policy goals, including the George Floyd Justice in Policing Act, a bill focusing on police practices and law enforcement accountability.