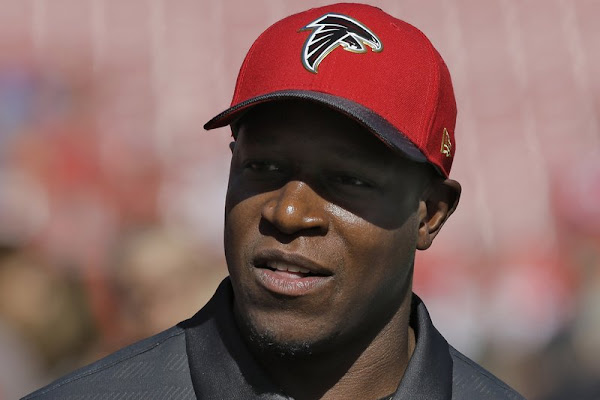 "Raheem is a strong leader and a talented coach that has adapted to a variety of roles since joining the Falcons in 2015," said Rich McKay, Falcons President and CEO. "He has experience as a head coach and has worked on both sides of the ball. We felt that combined with his connection to the players and coaching staff, which will be an important factor as we move forward in 2020, he was the right person to give this responsibility to."

A veteran coach with 18 years of NFL coaching experience on both the offensive and defensive sides of the ball, Morris is in his sixth season with the Falcons and his first as the defensive coordinator.

Morris began the 2019 season focused on the receiving corps but turned his attention to the secondary after the bye week following a tumultuous start. Over the final eight games, the team went 6-2 and the defense went from having the lowest amount of takeaways in the first half of the season (4) to finishing with the second-most in the NFL (16) after Week 9. The defense also vaulted from the bottom of the league rankings to the top 10 in sacks (32nd to 10th), scoring efficiency (32nd to 9th), and red zone efficiency (31st to 6th) over the final eight weeks of the season.

Morris joined the Falcons after spending three seasons as the defensive backs coach for the Washington Football Team. In 2012, he helped Washington's defense finish tied for fifth in the NFL with 31 takeaways.

Prior to arriving in Washington, Morris spent three seasons as the head coach of the Tampa Bay Buccaneers from 2009-2011. He was the league's youngest head coach in 2009 and in 2010, his team finished with a 10-6 record. The Buccaneers made their best turnaround in franchise history in 2010 after going 3-13 in 2009.