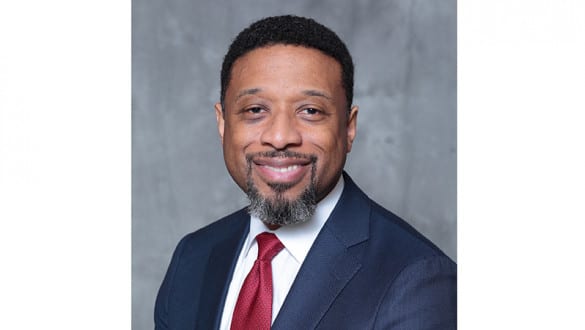 New Jersey Gov. Phil Murphy has announced his selection of Dr. Brian Bridges as the state’s new Secretary of Higher Education. Bridges, who is UNCF’s Vice President of Research and Member Engagement, is leaving UNCF to assume his duties beginning Nov. 16.

Dr. Michael L. Lomax, president and CEO, UNCF, said “Brian Bridges is a great choice to be New Jersey’s new Secretary of Education. He has led our research and institutional transformation work at UNCF, driving our strategy to ensure that our Historically Black Colleges and Universities (HBCUs) produce ever stronger results for the students they serve. Brian is a passionate, committed, and relentless advocate for justice, equality, and equity in the academy. All of us at UNCF will miss Brian, but we know that he will continue to champion the urgent cause of higher education access and affordability, and he will lead a new era of innovation and transformation for all of New Jersey’s colleges and universities and their students.”

As New Jersey’s Secretary of Higher Education, Dr. Bridges will use his higher education experience and leadership skills to help guide the governor and the New Jersey state legislature in carrying out its critical mission to make college more affordable and accessible to build a stronger and fairer New Jersey for all. His new role will oversee 78 two- and four-year institutions, serve more than 500,000 students and provide advice and guidance on $1.5 billion of sustainable and responsible funding for those institutions.

“Achieving this level of success comes as no surprise,” said Dr. Lomax. “Since joining UNCF as executive director of the UNCF Frederick D. Patterson Research Institute (FDPRI) in 2012, and then rising to vice president of research and member engagement in 2014, Brian has contributed to the success of UNCF and grown in both leadership and national stature as he positioned FDPRI into the nation’s leading authority on the HBCU value proposition and gained a reputation as a leading voice in African American higher education.”

“For this, and his many major contributions to our organization, we truly thank him, and look forward to watching him as he continues on a path to major success. Congratulations, Secretary Bridges!” said Lomax.