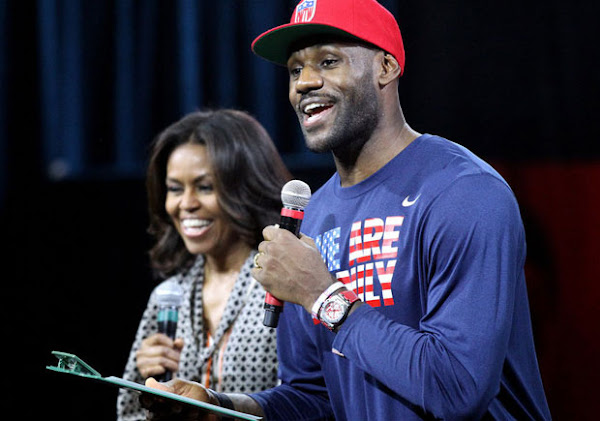 Michelle Obama and LeBron James are teaming up their voter engagement organizations, with the former first lady saying making a plan to vote early is “critical” this year.

Obama’s organization, When We All Vote, and the Los Angeles Lakers’ group, More Than a Vote, announced their new partnership on Tuesday. The shared goal for the voter drives is to “build momentum and excitement around voting early,” they said in a news release.

Over the course of two weeks leading up to the Nov. 3 elections, the organizations say they’ll “provide information, transportation, food, music, personal protective equipment and voter protection support to Americans near early voting sites in cities around the country.” Cities being targeted include Philadelphia, Atlanta, Detroit, Milwaukee and Charlotte, N.C., among others.

“It’s now up to us to do everything in our power to get our friends and family ready to vote early and safely together,” Obama said in a statement. “We can’t leave anyone behind. I’m proud of the work When We All Vote will do with More Than a Vote and our partners to help provide on-the-ground support for Americans who will cast their ballots early.”