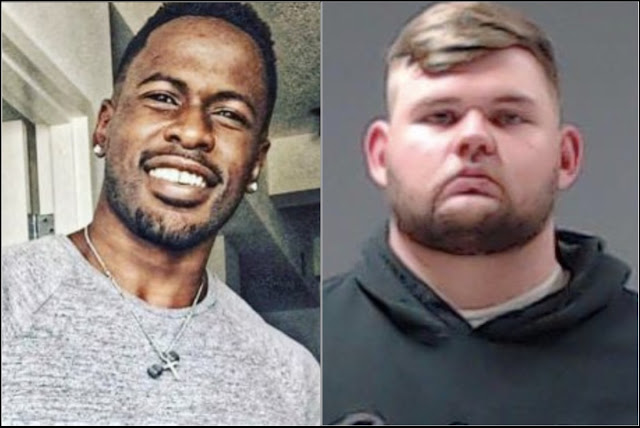 Shaun David Lucas, the Wolfe City police officer allegedly connected to the shooting death of Jonathan Price was arrested and charged with murder.

But within hours of his arrest in Hunt County, Officer Lucas posted his $1 million bond.

“This is the first step. This man is dangerous and should not be out on bond. The family was relieved to hear of his arrest and are looking forward to his conviction,” said Dallas attorney Lee Merritt.

Price, 31, was shot and killed outside a Wolfe City gas station on Saturday.

Described as a “hometown hero”, “standup guy,” and “mentor who worked with children,” most who spoke out publicly about Price said they can’t see any reason why a police officer would shoot and kill him.

But that’s exactly what happened on Saturday, after Price allegedly stepped in to help a woman out of a domestic violence situation. Things escalated between Price and her abuser, but had calmed down, according to witnesses by the time police arrived.

The circumstances surrounding Lucas’ ultimate decision to use deadly force is now under investigation.

Price’s father, Junior Price spoke about that alleged deadly choice too on Monday, saying “I want to see what the man gets… what he has coming to him for killing my son.”

Monday afternoon, Price’s family said there is video proof that the shooting was a criminal act and they want justice.

“The chief saw the video and told me he wasn’t happy with what he saw,” Merritt said.