Sen. Kamala Harris statement on the confirmation of Amy Barrett 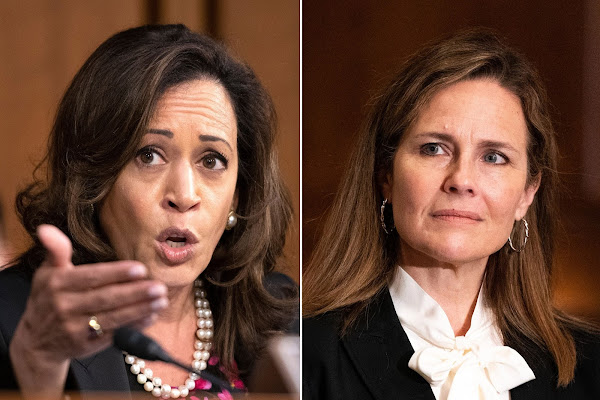 Sen, Kamala Harris released the follwing statement on the confirmation of Amy Barret:

Senate Republicans jammed through this nomination in the middle of an election where over 60 million Americans have already voted. Senate Republicans have ignored the will of the people, deciding instead to replace Justice Ruth Bader Ginsburg – who devoted her life to fighting for equal justice – with someone who was selected to undo her legacy.

President Trump repeatedly made clear that he would only nominate judges who would get rid of the Affordable Care Act. President Trump and Senate Republicans are determined to take away health care coverage and protections for people with preexisting conditions. On November 10, Trump administration lawyers will be before the Supreme Court arguing to strike down the Affordable Care Act in its entirety. This is a big reason why Senate Republicans rushed this confirmation. If they succeed, millions of people will lose access to health care in the middle of a devastating pandemic that has killed over 225,000 Americans and sickened millions more.

I share the American people’s outrage at this rushed process to confirm a nominee who has the potential to do great harm.