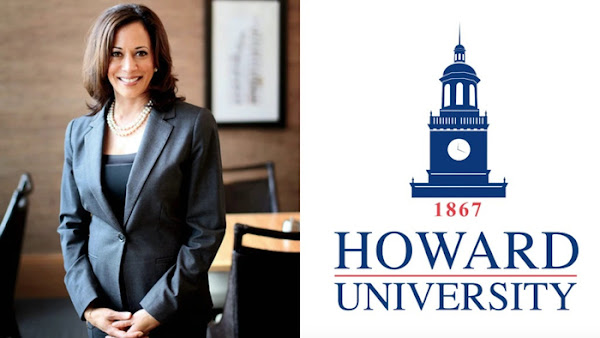 Wayne A. I. Frederick, the President if Howard University released the following statement on Joe Biden and HbCU graduate Kamala Harris winning the 2020 presidential election:

A new dawn has broken in America.

On behalf of the entire Howard University Community, I extend a sincere congratulations to President-elect Joseph R. Biden, Jr. His life abounds with examples of the power of perseverance in overcoming a childhood disability, family poverty, and personal tragedy to devote his life to public service as a United States Senator, Vice President, and he now prepares to assume the highest office in the land. Senator Kamala Harris has swung her Howard hammer and shattered the proverbial glass ceiling into pieces that will not be put back together. In an election that saw more Americans cast a ballot than ever before, a majority of Americans have selected Vice President Biden to be the 46th President and our distinguished alumna Senator Harris to serve as the 49th Vice President of the United States.

From her first time running for representative of the Liberal Arts Student Council as a freshman at Howard University, to the nearly 20 years she broke through barriers serving as an elected official for the residents of California, Senator Kamala Harris has demonstrated her unmatched strength, determination and leadership in fighting for the people. As the new Vice President-elect, we know she will continue advancing her vision of a nation where all people – regardless of race, creed, gender, background, or ethnicity – have access to equitable opportunities to grow and succeed. At a time when the Black community is coping with the disproportionate social and economic impacts of COVID-19, a global reckoning with systemic racism, and the loss of some of our cultural and social icons, we are proud to call Howard University alumna Kamala Harris a monumental catalyst for collective joy and positive change.

Regardless of who you voted for I hope you would get to know HERstory, for it is indeed an important testament of what is possible in our imperfect nation even as we continue our work to build a more perfect Union for all.

In Truth and Service,