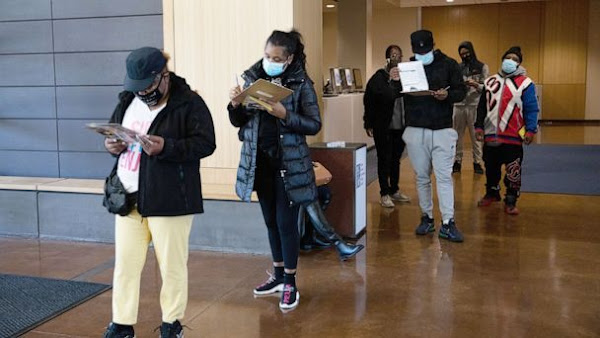 The NAACP Legal Defense and Educational Fund, a non-partisan civil and human rights organization, filed a complaint on behalf of the Michigan Welfare Rights Organization and three Detroit residents in a lawsuit challenging President Trump and the Trump Campaign’s ongoing efforts to overturn the results of the 2020 presidential election by disenfranchising Black voters in Michigan.

The lawsuit claims that both the president and his campaign are in violation of the Voting Rights Act of 1965. Exerting pressure on state and local officials not to count or certify voters is prohibited by Section 11(b) because it involves conduct that “intimidate[s], threaten[s], or coerce[s], or attempt[s] to intimidate, threaten, or coerce” people involved in “aiding any person to vote or attempt to vote.” Under the Voting Rights Act, voting is specifically defined to include “all action necessary to make a vote effective in any … election, including, but not limited to … having such ballot counted properly and included in the appropriate totals of votes cast with respect to candidates for public or party office and propositions for which votes are received in an election.”

“For two weeks, the president and his campaign have been spreading misinformation and making baseless accusations of voting irregularities in cities with large concentrations of Black voters who participated in record numbers in this election,” said Sherrilyn Ifill, LDF’s President and Director-Counsel. “These allegations have been consistently debunked and the campaign’s litigation attempts turned away by courts in several states. The president’s use of dog whistles to suggest the illegitimacy of votes cast by Black voters in Detroit, Philadelphia, Milwaukee, and Atlanta are an appeal to a dangerous and corrosive racialized narrative of voter fraud.

Equally alarming have been the president’s attempts to pressure state and local officials in Michigan – first with a demand that votes in Detroit not be counted and now, more recently, urging officials to refuse to certify votes from Wayne County. The right of Black voters to participate in the political process and elect candidates of their choice is protected by the Voting Rights Act of 1965. That legislation protects against efforts to intimidate or coerce officials to disenfranchise Black voters.

“Our action seeks to protect the integrity of the votes cast by Black voters in Detroit from the president’s attempts to overturn the will of voters expressed at the ballot box.”