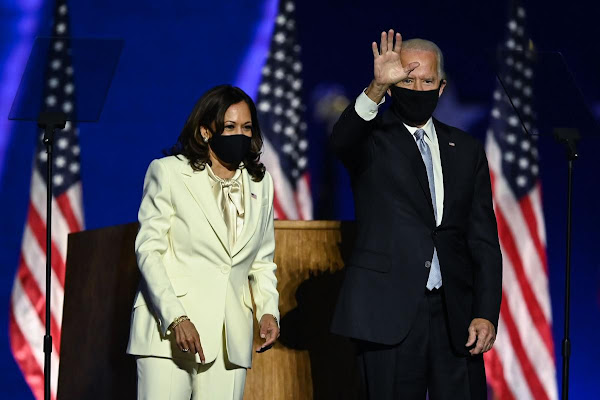 Congratulations to President-Elect Joe Biden and Vice-President Elect Kamala Harris on your historic victory today. You fought for the soul of America. Today marks a new dawn in our country and the beginning of our journey on the road to repair after four long years of repressive policies towards communities of color.

A graduate of Howard University, an HBCU, and a Member of Alpha Kappa Alpha Sorority, a Black sorority, VP-Elect Kamala Harris is a product of these long-standing institutions in our community. We are confident that her zeal for improving the upward mobility of marginalized groups in America will continue to be a priority in this next phase.At a time when democratic backsliding is being experienced in different parts of the world, our ability to defend our democracy in the midst of unprecedented obstacles including voter suppression and COVID-19, is a win for democracy everywhere. Black America's commitment to freedom and democracy runs so deep that even when we were denied the right to vote, we formed resistance movements to challenge discriminatory and racist laws. We marched, we stood in long lines, we beat the odds. As we waited for election results in key battleground states, Black Americans in cities such as Philadelphia, Atlanta, Milwaukee, and Detroit, overwhelmingly voted for President-Elect Biden and Vice-President Elect Harris. It was these cities that got us through the finish line.

We show up every election season because to us there is nothing more important than leading this nation to its highest ideals: liberty and justice for all. Today’s victory is a testament to this.

The Congressional Black Caucus looks forward to working with this new Administration to increase the upward mobility of Black families in America.