What happened to Quawan “Bobby” Charles

It's been two weeks since 15-year-old Quawan "Bobby" Charles disappeared from his father's Baldwin home in St. Mary Parish (Louisiana) and 10 days since officers discovered his body in the rural Iberia Parish village of Loreauville. Little information has been released by law enforcement in the case, which gained widespread attention after Bobby's family released a graphic image they say was taken while confirming the teen's identity to authorities. 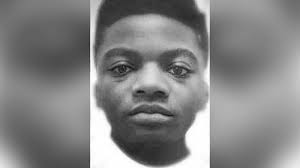