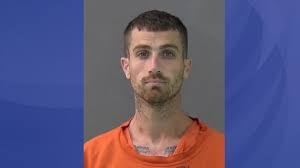 Indianapolis – Acting United States Attorney John Childress announced today that Shepherd Hoehn, 51, of Indianapolis, Indiana, pleaded guilty in federal court to making threats to intimidate and interfere with his neighbor, who is black, because of the neighbor’s race and because the neighbor was exercising his right to fair housing, in violation of 42 U.S.C. § 3631. Hoehn also pleaded guilty to unlawfully possessing firearms, in violation of 18 U.S.C. § 922(g).

According to documents filed in connection with the plea, on June 18, 2020, a construction crew began working at the direction of Hoehn’s neighbor to remove a tree from the neighbor’s property. Upon learning of the tree removal, Hoehn became angry and took several steps to threaten, intimidate and interfere with his neighbor and the construction workers. Specifically, Hoehn placed and burned a cross above the fence line facing his neighbor’s property; created and displayed a swastika on the outer side of his fence, facing his neighbor’s property; created and displayed a large sign containing a variety of anti-Black racial slurs next to the swastika; visibly displayed a machete near the sign with the racial slurs; loudly played the song “Dixie” on repeat; and threw eggs at his neighbor’s house. On July 1, 2020, the FBI executed a federal search warrant at Hoehn’s home. During the search, several firearms and drug paraphernalia were located.

“Hoehn’s hateful and threatening conduct, motivated by racial intolerance, is an egregious crime that will not be tolerated by the Justice Department,” said Principal Deputy Assistant Attorney General Pam Karlan of the Civil Rights Division. “Every person has a right to occupy, enjoy and feel safe in their homes, regardless of race, color or national origin. We will continue to protect the civil rights of all individuals and vigorously prosecute hate crime cases.”

“Threats and intimidation, condemnable at all times, are here made all the more reprehensible by Hoehn’s racial motivations,” said Acting United States Attorney John Childress. “The citizens of the Southern District of Indiana rightfully expect to be protected from such illegal conduct and expect that those who engage in it to be punished. The men and women of my office will meet those expectations.”

“It’s unimaginable that harassment and intimidation such as this based on race, sexual identity or religious beliefs, still exists in this day and age. Such incidents are intended to create fear and will not be tolerated by the FBI,” said FBI Indianapolis Special Agent in Charge Paul Keenan. “The FBI and our law enforcement partners will continue to ensure that if a crime is motivated by bias, it will be investigated and the perpetrators held responsible for their actions. We encourage everyone to report such crimes to the FBI.”

Hoehn’s sentencing date has not been set at this time. Hoehn faces a maximum statutory penalty of 10 years in prison and a fine of up to $250,000 for each of the charged offenses.

This case was investigated by the FBI, with assistance from the Lawrence Police Department. Assistant United States Attorney Brad Shepard of the Southern District of Indiana and Trial Attorney Katherine DeVar of the Civil Rights Division are prosecuting the case.