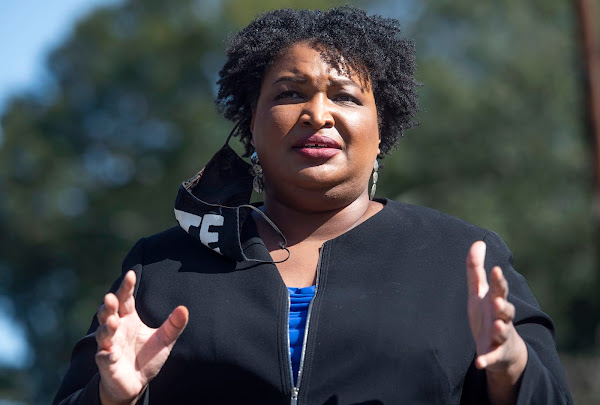 President Biden on Friday met with Stacey Abrams and Georgia lawmakers while in Atlanta to discuss voting rights in the face of legislation introduced by state GOP lawmakers in various states that would restrict access to the ballot.

"They discussed state legislation in Georgia and across the country that would make it harder for people to vote, along with possible solutions to make voting more accessible," White House deputy press secretary Karine Jean-Pierre said in a statement. "The President re-affirmed his commitment to re-authorizing the John Lewis Voting Rights Act and his strong belief that every eligible voter should be able to vote and have their vote counted."