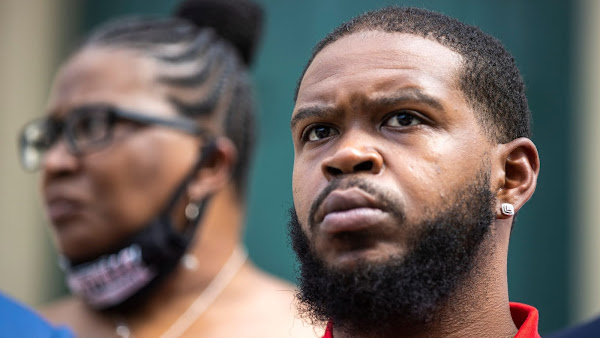 A judge on Monday ruled that charges against Breonna Taylor’s boyfriend, Kenneth Walker, for shooting a Louisville, Ky., police officer would be permanently dropped.

Jefferson Circuit Judge Olu Stevens declared that the charges against Walker would be dismissed with prejudice preventing him from being charged with the March 13 incident that resulted in his girlfriend’s death, the Louisville Courier-Journal reported.

The charges were dropped after Jefferson Commonwealth Attorney Tom Wine’s office filed for their dismissal with prejudice last week.

Wine had requested a further investigation after charges against Walker were dismissed in May 2020, but his office noted last week that “no new information relevant to the charges against [Walker] in this matter has been brought to the commonwealth’s attention.”

"As such, the commonwealth moves the court to amend its prior dismissal of this matter without prejudice to a dismissal with prejudice," the document from Wine’s office said, according to the newspaper.

Walker commented on the office’s request to dismiss charges last week in an Instagram post, saying, “I’m blessed for sure but there’s a lot more to be done we gonna get justice for Breonna Taylor.”

His lawyer Steve Romines said in a statement obtained by the Courier-Journal, "We believe the city used Kenneth as a pawn to cover up the events that took place on March 13, 2020, and further used him to cover up the deep-seated failures within the Louisville Metro Police Department.”

“It does not go unnoticed that neither the city nor the LMPD has apologized for using Kenneth as a scapegoat for an improper raid gone bad,” Romines added.