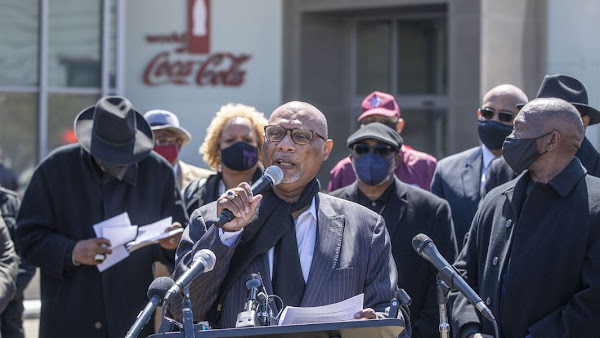 AME Bishop Reginald T. Jackson and other faith and community leaders announced a national boycott of Georgia-based corporations Coca-Cola, Delta and Home Depot over the passage of the state’s new voting law.

The boycott is not expected to take effect until April 7.

The boycott is not something they want to do, but have to do, Jackson said during the press conference that included interfaith leaders, elected officials, civil rights groups and labor union representatives. ”... We cannot and will not support the companies that do not support us in our struggle to cast our ballots and exercise our freedom.”

Jackson said companies can avoid the April 7 boycott by taking several steps, including publicly stating their opposition to the Georgia voting legislation, Senate Bill 202, and calling for legislatures in other states to rescind their actions in introducing elections bills Jackson said would greatly restrict voting. Corporate leaders should also state their opposition to similar legislation in other states and withhold financial support to candidates and parties that vote for and support such legislation, Jackson said.

Posted by Councilman George L. Cook III at 6:30 AM