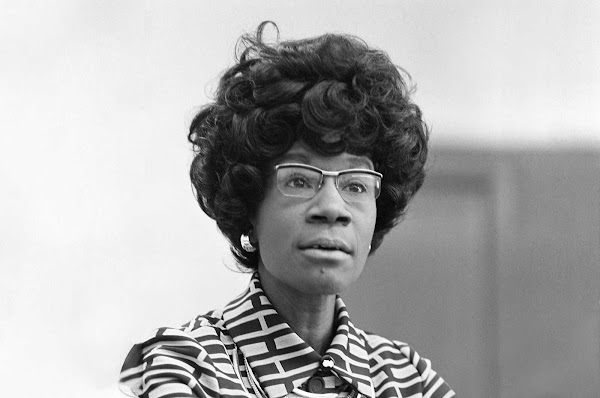 Congresswoman Yvette D. Clarke (NY-09) and Senator Raphael Warnock (GA) introduced H.R. 2198 / S. 1032, a bill previously introduced in the 116th Congress by then-Senator Kamala Harris and Congresswoman Clarke, to direct the Joint Committee on the Library to obtain a statue of Shirley Chisholm for placement in the United States Capitol.

In 1968, Shirley Chisholm was elected to represent New York’s 12th District, the heart of Brooklyn, in the United States House of Representatives. In doing so, she became the first Black woman to serve in Congress.

“Shirley Chisholm fought tirelessly from her first day in the New York assembly to her last in the United States House of Representatives and beyond to deliver justice and equality to all Americans. Next year will mark 50 years since her historic campaign for the American presidency began. Today, our country has a Black woman serving in our Executive Branch. We need to show young people this is not something that happened by accident. It took passion and dedication. It took someone who was unbought and unbossed,” said Congresswoman Yvette D. Clarke. “Honoring Shirley Chisholm with a statue in the halls of the Capitol does more than memorialize her life. It proves to the millions of Black girls and women in this country that if they achieve, if they strive for greatness, if they better their country and this world, they too may be honored eternally in the United States Capitol. Chisholm was not just the first Black woman to hold a seat in Congress, she was the first Black woman and the first Caribbean American woman to hold my seat in Congress. She showed millions of Black children what was possible. She showed me what was possible. For this and countless other reasons, Congress should honor Chisholm’s life and living legacy and her contribution to advancing civil and human rights by among other defining figures in our nation’s history.”

“As the first Black women ever elected to Congress and one of the founding members of the Congressional Black Caucus, Shirley Chisholm wasn’t just a trailblazer, she was an architect of the progress our nation has made toward justice and equality. Always speaking truth to power, Congresswoman Chisholm pushed our nation to secure the blessings of liberty for all of its citizens, and the rich legacy of her work and influence is imbedded across our country, all the way up to the White House. It is only fitting for a statue of Shirley Chisholm to reside in the halls of Congress, the institution she changed forever with her wit, passion, vision, and determined leadership,” said Senator Raphael Warnock.

Today, the United States Capitol houses one full-length statue of a Black woman, that of civil rights icon Rosa Parks. Within the year, it is expected to honor Mary McLeod Bethune, founder of the National Council for Negro Women, with her own full-length statue. Beyond these two statues, there are no current plans to memorialize Black women in this manner in the Capitol.