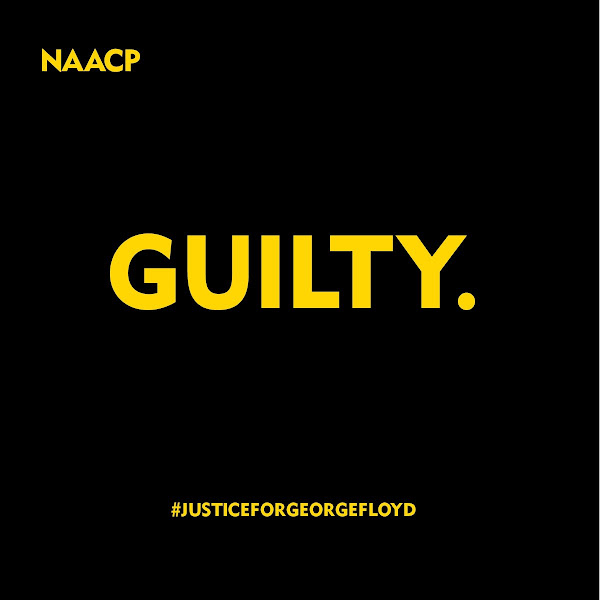 NAACP President and CEO, Derrick Johnson released the following statement on the guilty verdict in the Derek Chauvin trial:

“While justice landed Derek Chauvin behind bars for murdering George Floyd, no amount of justice will bring Gianna’s father back. The same way a reasonable police officer would never suffocate an unarmed man to death, a reasonable justice system would recognize its roots in white supremacy and end qualified immunity. Police are here to protect, not lynch. We will not rest until all in our community have the right to breathe.”