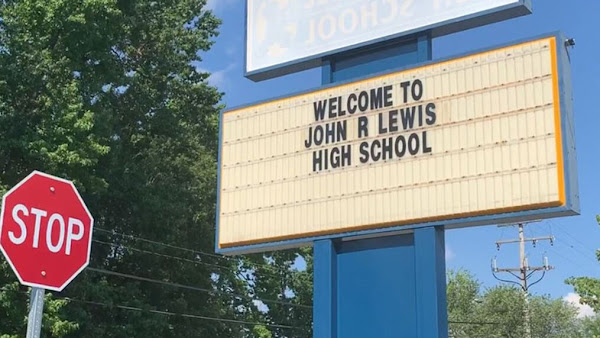 A Virginia high school was rededicated in honor of the late Rep. John Lewis, replacing the name of a Confederate general to celebrate a civil rights icon.

At this Fairfax County school, the name change has been months in the making. The school was renamed in July 2020 and got national attention, including a mention in a “Jeopardy!” question.