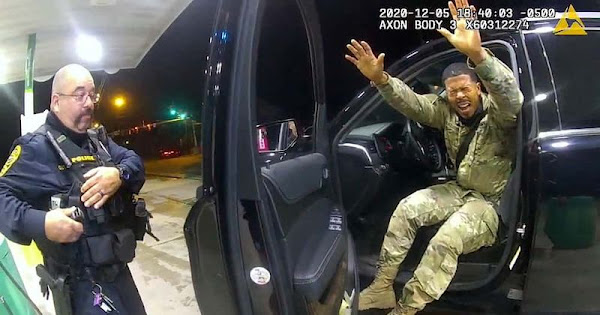 Joe Gutierrez, a Windsor, Va., police officer who pepper-sprayed an Afro-Latino Army officer during a traffic stop last year has been fired according to a statement released by the Windsor Police Department.

Read the full statement below:

The Town of Windsor, Virginia, acknowledges the unfortunate events that transpired on December 5, 2020 involving Lt. Caron Nazario and officers of the Windsor Police Department, Joe Gutierrez and Daniel Crocker.

The pursuit and ultimate stop resulted in the use of pepper spray against Lt. Nazario by Officer Gutierrez. As a result of this use of force, Department policy requires an internal investigation to determine the appropriateness of such actions. The investigation of this event began immediately. At the conclusion of this investigation, it was determined that Windsor Police Department policy was not followed. This resulted in disciplinary action, and department-wide requirements for additional training were implemented beginning in January and continue up to the present. Since that time, Officer Gutierrez was also terminated from his employment.

The Town of Windsor has remained transparent about this event since the initial stop, and has openly provided documents and related video to attorneys for Lt. Nazario. The Town will continue to provide information related to this event in its commitment to openness. The Town has also requested an investigation of this event by the Virginia State Police, and joins with elected officials who have called for a full and complete review of the actions of these officers.

The Town of Windsor prides itself in its small-town charm and the community-wide respect of its Police Department. Due to this, we are saddened for events like this to cast our community in a negative light. Rather than deflect criticism, we have addressed these matters with our personnel administratively, we are reaching out to community stakeholders to engage in dialogue, and commit ourselves to additional discussions in the future.