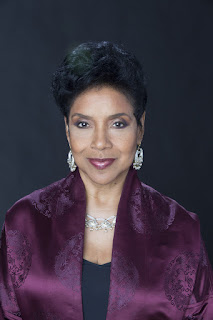 “It is an honor to welcome one of Howard’s acclaimed daughters back home to Alma Mater. In this full circle moment, Ms. Phylicia Rashad will take the training and skills that she honed as a student at Howard and exuded in an outstanding performing career, and she will share those pearls of wisdom with the next generation of students in the College of Fine Arts. Her passion for the arts and student success makes her a perfect fit for this role,” said Wutoh.

An accomplished actor and stage director, Rashad became a household name when she portrayed Claire Huxtable on “The Cosby Show,” a character whose enduring appeal has earned her numerous honors and awards for over two decades. More recent roles in television and film include appearances as Carol on NBC’s “This Is Us;” Diana Dubois on the Fox TV series “Empire;” Dr. Woods-Trap in Tarrell Alvin McCraney’s Peabody Award-winning series “David Makes Man” on the OWN Network; Libba Gardner in Pixar’s Academy Award-winning animated feature, “Soul;” Grandmother Journey in the Netflix holiday musical “Jingle Jangle;” and Dr. Jones in “Between the World and Me” on HBO Max.

Highlights of an extensive career onstage include performances as Lena Younger in Lorraine Hansberry’s “A Raisin in the Sun;” Aunt Ester in August Wilson’s “Gem of the Ocean;” The Witch in Stephen Sondheim’s “Into the Woods;” Violet Weston in Tracey Letts’ “August Osage County;” and Shelah in Tarrell Alvin McCraney’s “Head of Passes.”

“It is a privilege to serve in this capacity and to work with the Howard University administration, faculty and students in reestablishing the College of Fine Arts,” said Rashad.

Rashad is one of many Howard University alumni who have transformed the arts and entertainment industry through legendary careers on screen and behind the scenes, in front of the microphone and from within the boardroom. Howard’s dedication to cultivating talented artists has had a deep and profound impact on historical and contemporary culture.

Rashad has served as guest lecturer and adjunct faculty member, conducting master’s-level classes at many colleges, universities and arts organizations, including Howard University, New York University, Vassar College, Carnegie Mellon, Wayne State University, Juilliard, The Black Arts Institute of the Stella Adler Studio of Acting and the prestigious Ten Chimneys Foundation established at the Alfred Lunt and Lynn Fontanne Estate. She also holds the distinction of being the first recipient of the Denzel Washington Chair in Theater at Fordham University.

She made her critically acclaimed directorial debut at the Seattle Repertory Theater with August Wilson’s “Gem of the Ocean.” She has also directed Stephen Adly Guirgis’ “Our Lady of 121st Street” at the Signature Theatre; “The Roommate” at Steppenwolf Theatre; “Ma Rainey’s Black Bottom” and “Joe Turner’s Come and Gone” (winner of the 2014 NAACP Theatre Award for best director) at the Mark Taper Forum; “Immediate Family” at the Taper and Goodman Theatre; “Fences” at the Long Wharf Theatre and McCarter Theatre; “A Raisin in the Sun” at Ebony Repertory Theatre, Kirk Douglas Theatre and Westport Country Playhouse; and “Four Little Girls” at the Kennedy Center.

“I can think of no individual better suited to take on this role than Ms. Phylicia Rashad,” said Howard University President Wayne A. I. Frederick, M.D., MBA. “As we reintroduce our campus community and the world at large to Howard’s College of Fine Arts, the dean will play an instrumental role in ensuring an auspicious beginning for this reestablished institution. Given Ms. Rashad’s reputation as well as her capabilities and impressive list of accomplishments, she will undoubtedly empower the college to transcend even our incredibly high expectations. Under her leadership, Howard will continue to inspire and cultivate the artists and leaders who will shape our niche and national cultures for generations to come.”

Rashad also serves on a number of prestigious boards, including Brainerd Institute Heritage (which is steering the restoration of Kumler Hall at the historic site of Brainerd Institute in Chester, South Carolina) and DADA (the Debbie Allen Dance Academy). Since 2017, she has been the brand ambassador of the National Trust for Historic Preservation’s African American Cultural Heritage Action Fund.