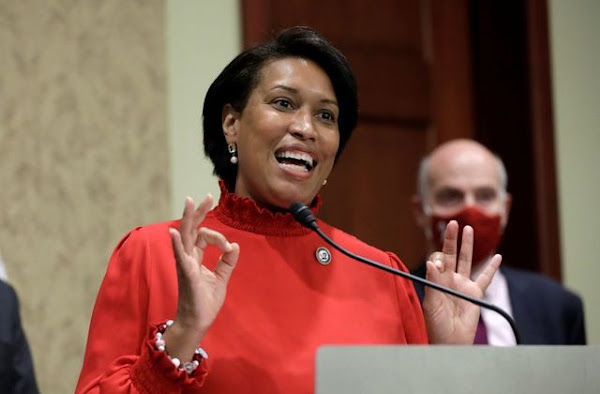 Today, the Democratic Governors Association is announcing that Washington D.C. Mayor Muriel Bowser is joining the organization as its newest member.

The District of Columbia, home to 700,000 residents, a majority of whom are people of color, has long lacked equal representation at the federal level. Its citizens pay taxes, serve in the military, but still lack the full rights and privileges of citizenship.

By joining the DGA, Mayor Bowser will have the opportunity to interact with other state and territory executives on policy best practices, furthering cooperation and innovation both in the District and in other states. It is also a recognition by the DGA on the positive impact D.C.’s citizens and leaders make on the country.

“Democratic governors are national leaders in expanding voting rights and on the frontlines of stopping Republican voter suppression, and we are honored to fight for D.C. statehood by welcoming Mayor Muriel Bowser to the Democratic Governors Association,” said DGA Chair Governor Michelle Lujan Grisham. “With more than 700,000 residents, making D.C. a state is a voting rights and civil rights issue to help ensure every American has the representation they deserve. We must especially take this important stand, as Republicans across the country continue their ongoing efforts to restrict our freedom to vote and suppress the voices of people of color at the ballot box. There’s no better way for a state to protect voting rights than to elect a Democratic governor – and that’s exactly what the people of D.C. deserve.”

Mayor Bowser said, “In Washington, DC, we are proud to fulfill all the same responsibilities of citizenship as our fellow Americans in the other 50 states. The fight for DC statehood is about demanding what is owed to us—the rights guaranteed to us by the U.S. Constitution. Like millions of Americans nationwide, Washingtonians are focused on building a fairer, more just, and more resilient nation. We know that ending taxation without representation is not only the right thing to do, it is the best way to build a stronger, more inclusive democracy.”