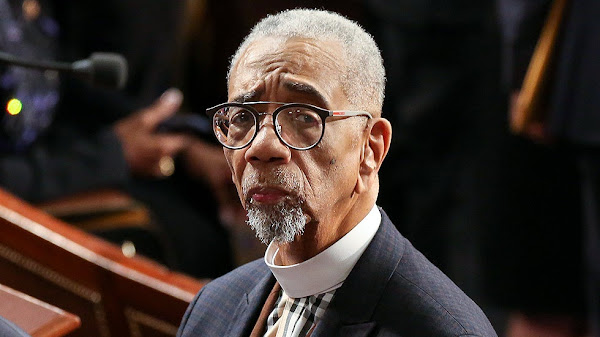 Rush co-founded the Illinois chapter of the Black Panther Party and was a close friend to Illinois Black Panther Party Chairman Fred Hampton, who was assassinated in his sleep in 1969 in a raid carried out as part of COINTELPRO operation.  In addition to requiring the public release of COINTELPRO records within six months, Rush’s bill would also remove J. Edgar Hoover’s name from the FBI headquarters in Washington, D.C.  Hoover, who led the FBI from 1924-1972, was the lead public official who devised and carried out the COINTELPRO operation.

“It is high time that the American people know about the odious and inhumane legacy of J. Edgar Hoover’s COINTELPRO operation and its assault on our nation’s civil liberties.  This exceptionally important legislation goes to the crux of power, law, and the pervasive counterintelligence program conducted against American citizens.

“COINTELPRO was spying on American citizens.  Anyone who took a political position against the status quo, anyone who wanted to make America better was subject to being penalized, investigated — and in the case of my friend Fred Hampton, assassinated — by the official legal arm of the federal government.

“Finally, it is beyond time for J. Edgar Hoover, who has a clear legacy as the number one assailant on America’s constitutional guarantees for its citizens, to have his name is removed from the FBI headquarters.

“I want to shine a bright light on this dark chapter of our nation’s history.  And I think it is very timely and very important that we do it at this moment,” said Rush.

The extensive spying and chicanery of the COINTELPRO operation only came to light — to the limited extent that we understand its operations today — because of a 1971 burglary of an FBI field office and a more recent wrongful death civil suit.  However, much about COINTELPRO remains unknown due to the public’s inability to view files related to the operation, which are currently in the possession of government agencies including the Department of Justice (DOJ) and FBI.

Rush’s bill would require government agencies including the FBI and the DOJ to release records related to COINTELPRO so that the public can determine and understand the full extent of the FBI’s monitoring of American citizens and its assault on Americans’ legal and constitutional protections.

The bill specifies that six months after enactment of the law, any file related to COINTELPRO operation must be released and made fully public.  If an agency or branch believes that the release of a particular file is clearly and demonstrably expected to cause harm, that agency or branch must release portions of the file, a substitute of the file that conveys the necessary information, or a summary of the file.  This bill would also establish the COINTELPRO Records Review Board, which would be empowered to review determinations by government offices that do not fully disclose their records after six months, as required by the bill.  The Review Board would be comprised of outside experts in history and legal issues who would make a recommendation to the President regarding whether files that have been only partially disclosed should be fully released.

Twenty-five years after the enactment of the bill into law, if an agency or branch still wishes to block the full release of a file, they must provide written justification explaining why the file falls within a very limited set of exemptions specified in Congressman Rush’s legislation, for example, that it would cause identifiable damage to America’s national security or intelligence operations.  This explanation would go to the Archivist of the United States as well as a senior official in the relevant branch or chamber, who could then decide to overrule the agency’s decision and release the full file.

The text of Rush’s legislation is available HERE.

In March, Rush led his colleagues in a letter to U.S. Attorney General Merrick Garland requesting the release of unclassified and unredacted versions of DOJ and FBI files related to the assassination of Fred Hampton.