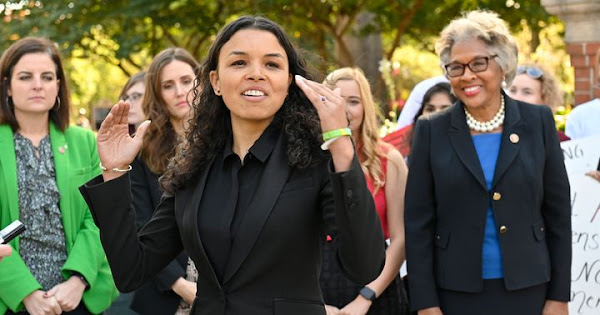 Consumer protection attorney Morgan Harper announced Wednesday that she is entering the race for the Democratic nomination for Ohio’s open Senate seat.

In her announcement, Harper said she grew up in “working-class Ohio and that she is a Black woman who grew up in a foster home and was adopted and raised by an immigrant from Trinidad who was an educator and lifelong member of the Ohio Education Association.”

“I’m a Democrat running to represent Ohio in the United States Senate to give power back to our communities,” Harper said. “We need fresh, new leadership in Washington and a new game plan. This campaign is going to be built from the ground up, door by door, block by block not only to win but to deliver real change. It’s our turn.”

Harper is an attorney and community organizer who served during the Obama Administration at the Consumer Financial Protection Bureau.