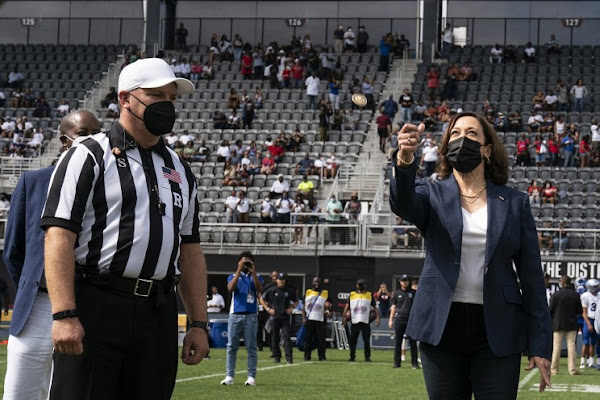 Vice President Kamala Harris made a special appearance at a football game between her alma mater, Howard University, and Hampton University to do the coin toss.

The match-up between the two historically Black universities, the Truth and Service Classic, was held at noon on Saturday at Audi Field in Washington, D.C. Before the start of the game, Harris did a coin toss to determine which team would start off first.

Howard won the toss after the coin landed on heads, and the Howard Bison decided to defer to Hampton to start the game.

.@VP starting her Saturday morning off right - flipping coin at the @HowardU and @_HamptonU football game!!