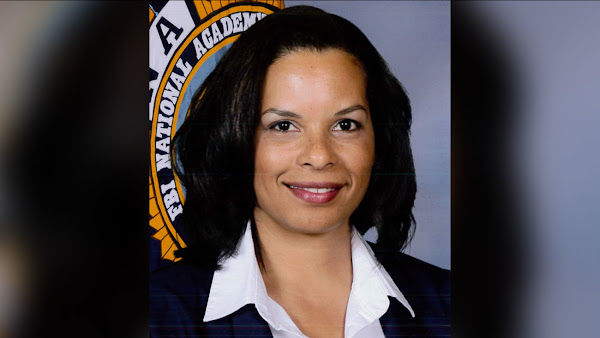 City Manager Wanda Page has named Patrice V. Andrews as the next police chief of the Durham Police Department (DPD).

Andrews has served as the police chief for the Town of Morrisville Police Department since 2016, and will join the City of Durham on November 1.

According to Page, during the intensive interview process with four finalists, Andrews demonstrated that she is prepared and possesses the right combination of leadership skills, training, and knowledge to lead the Durham Police Department into the future.

“I am confident that Chief Andrews is the right leader for Durham, where she spent most of her law enforcement career,” said Page. “I am happy to welcome her back to Durham, where she also has deep family roots and developed lasting relationships in the community while working and living here.”

Page added that throughout the interview process, Chief Andrews consistently demonstrated by her responses that she would be a progressive and innovative 21st century policing leader, while making a strong impression on the members of the diverse interview panel, most whom were Durham community, business, faith-based, and law enforcement leaders.

"I am honored to have been chosen as the next Chief of Police for the Durham Police Department,” Andrews said. “This is a full-circle moment for me during a pivotal time for our city and police department. I am committed to working collaboratively with the City of Durham management team, members of the Durham Police Department, and the entire Durham community to build upon established successes and identify innovative strategies to reduce violent crime while addressing recruiting, retention, and morale. Durham is a vibrant, inclusive community with a rich civil rights history where all are welcome to live, work, and play. I look forward to the future that we will create together."

Andrews has more than 25 years of experience, most of which were gained at the Durham Police Department as she rose through the ranks, starting as a patrol officer in 1997, walking the beat, advancing to district commander, to captain, where she most notably supervised units within the Criminal Investigation Division, including the Special Victims, Homicide, Domestic Violence, and Fraud units. Additional responsibilities included responding to all major incidents including homicides, and any other incident as assigned by the Executive Command Staff. She also helped put strategies in place to assist the Forensics and Intelligence/Crime Analysis Unit to investigate crimes.

In 2016, Andrews was selected as the Morrisville Police Chief, where she was responsible for all operations of the department, including the Administration, Patrol Operations and Support Services divisions. There, she led the creation of a multi-phase career development and succession policy while also addressing compression and compensation. She also implemented a body-worn camera program, and worked with surrounding agencies to develop and implement a response to the death of George Floyd, which resulted in Morrisville’s adoption of the Project 8 Can’t Wait recommendations.

Andrews is a 2016 graduate of the Executive Law Enforcement Management from the Federal Bureau of Investigation (FBI) National Academy as well as a 2012 graduate of the Executive Leadership Program from the West Point Leadership Program at Methodist University. She also has a Bachelor of Science in Criminal Justice from North Carolina Central University, and currently serves as General Instructor for the North Carolina Criminal Justice Education and Training Standards Commission.

Open forums in English and Spanish were held virtually earlier this year, and an online survey was posted on the City’s website, to obtain feedback on the characteristics the Durham community hoped to see in next police chief. There were also 608 responses collected in an online survey, which was also available in Spanish.