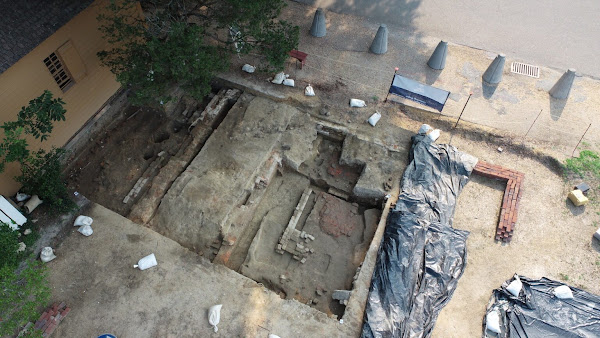 Archaeologists believe they have discovered the foundation of the original building of the First Baptist Church in Williamsburg, Virginia, one of the nation’s oldest Black churches.

The announcement, shared first with descendants of First Baptist Church members, was officially made on Thursday (Oct. 7) by Colonial Williamsburg Foundation, which runs the well-known outdoor living museum and historic district in Williamsburg.

The discovery of the first permanent structure of the church — which is set to celebrate its 245th anniversary on the weekend of Oct. 9-10 — comes after a year of excavation at the site.

Archaeologists located a 16 X 20-foot brick foundation atop a layer of soil that has been dated to the early 1800s. It sits beside brick paving under which was found an 1817 coin.

Tax records have indicated that the congregation was worshipping on the site by 1818 in a building called the Baptist Meeting House, which was likely the congregation’s first permanent home.

Read more: Remnant of one of the oldest Black churches in US is unveiled in Virginia

Posted by Councilman George L. Cook III at 6:29 AM