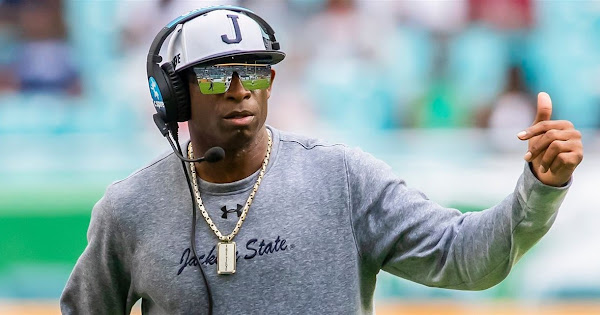 In just his second year as a head coach Deion Sanders was named the South Western Athletic Conference Coach of the Year on Monday.

Sanders led the Jackson State University Tigers to a 10-1 overall record and a perfect 8-0 mark in SWAC regular season play. Under Sanders' leadership the Tigers are currently ranked in the top 15 of the FCS Coaches Poll and are also ranked in the top 25 of the Stats FCS Poll. The Tigers claimed the SWAC East Division title for the first time since the 2013 season. For his efforts Sanders has been named a finalist for the Stats Perform FCS Eddie Robinson award.