Mary McLeod Bethune’s statue from Florida will make history in the U.S. Capitol 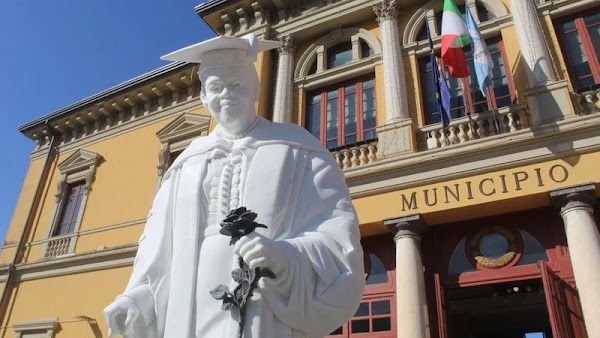 Early next year, Florida will send a statue of Mary McLeod Bethune to replace a statue of a Confederate general in the U.S. Capitol, making her the first Black person to represent a state in the National Statuary Hall Collection.

Bethune was an educator and civil rights activist. In 1904, she started a school for Black girls in Daytona Beach, which later became Bethune-Cookman University. She was also an adviser to President Franklin D. Roosevelt.

The white marble statue that depicts a smiling Bethune holding a black marble rose is on display at Daytona State College’s News-Journal Center in Daytona Beach until Dec. 12, when it will head to D.C.

There are four other African Americans represented in statues or busts throughout the Capitol — Frederick Douglass, Rosa Parks, the Rev. Martin Luther King Jr. and Sojourner Truth — but none of them belongs to the National Statuary Hall Collection representing a state.