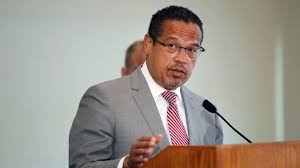 Ellison said he wants another four-year term to continue fighting for fairness in wages, drug prices, housing costs and other areas of the economy. During a remote campaign announcement, Ellison said his goal remains to help people afford their lives.

“We’ve done a lot. We’ve done all we can, and we’re going to do more,” Ellison said. “But that’s why I’m running for re-election, to continue this fight for people all over the state of Minnesota.”

Ellison is the first Black Attorney General and the first Muslim elected to statewide office in Minnesota. He previously served a dozen years in Congress representing Minneapolis and the rest of Minnesota’s 5th District.