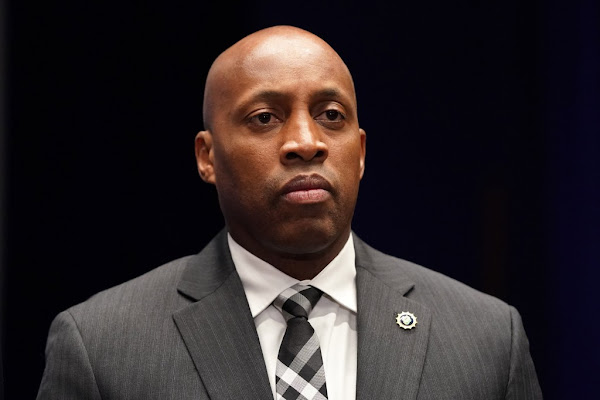 The man who served as the NYPD’s first black chief of detectives and who recently announced his retirement from the department may not be on the sidelines for long, as he will be nominated for a top police position on Long Island, NBC New York has learned.

Rodney Harrison will be nominated to become the next commissioner of the Suffolk County Police Department, according to two officials. The nomination will be announced by County Executive Steve Bellone at a Tuesday press conference, Deputy County Executive Jason Elan told NBC New York. A senior NYPD official also confirmed to News 4 that Harrison had been selected.

NYPD Commissioner Dermot Shea announced in November that Harrison would be stepping down as the force's highest-ranking uniformed officer on Dec. 30. Harrison was a member of the department for 30 years.

Posted by Councilman George L. Cook III at 5:08 AM