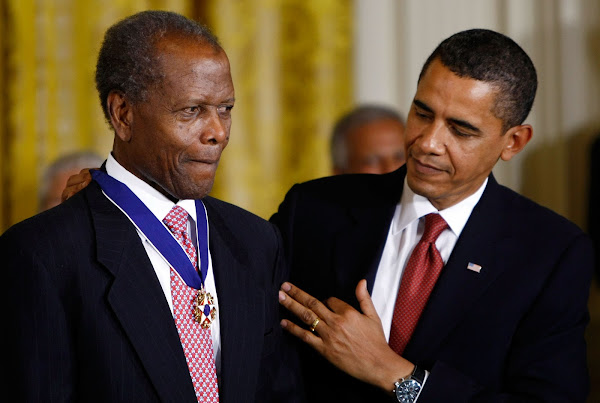 Former U.S. President, Barack Obama released the following statement on the passing of the legendary and Oscar winning actor, Sidney Poiter at the age of 94:

"Through his groundbreaking roles and singular talent, Sidney Poitier epitomized dignity and grace, revealing the power of movies to bring us closer together. He also opened doors for a generation of actors. Michelle and I send our love to his family and legion of fans."