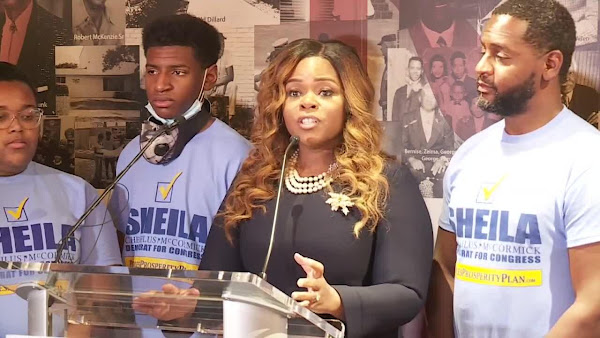 Progressive Democrat Sheila Cherfilus-McCormick has been elected to Congress in a landslide victory over Republican candidate Jason Mariner in a special South Florida election to replace the late Congressman Alcee Hastings, who passed away in April 2021.

Cherfilus-McCormick was projected Tuesday night to win Florida's 20th Congressional District with a commanding 78.7% of the vote compared to Mariner's nearly 20%, according to state election data.

"It's officially official!" Cherfilus-McCormick cheered on Facebook. "This is just the beginning. Thank you for standing with me. I'm ready to stand in the gap and prioritize the needs of my fellow residents, of our families and of the next generation. It's time for a district that works for every resident."

The win makes Cherfilus-McCormick the first Democratic House representative of Haitian descent, according to the National Haitian American Elected Officials Network, which celebrated her victory on social media.