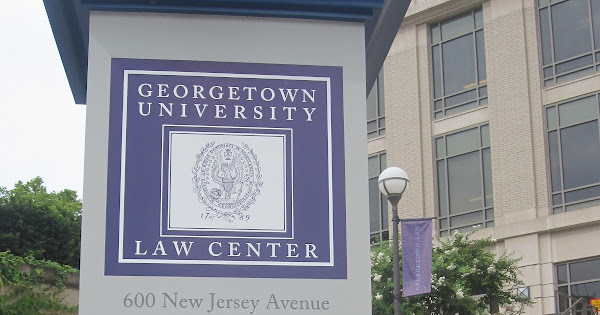 Georgetown Law School has put Ilya Shapiro, an incoming director of a research institute, on administrative leave following a series of deleted tweets about President Joe Biden naming a "lesser Black woman" to the Supreme Court instead of other potential nominees due to the president's promise to make a historic selection.

"Even has identity politics benefit of being first Asian (Indian) American. But alas doesn't fit into latest intersectionality hierarchy so we'll get lesser black woman. Thank heaven for small favors?" Shapiro wrote in a now-deleted tweet.

"Ilya Shapiro's tweets are antithetical to the work that we do here every day to build inclusion, belonging, and respect for diversity," Georgetown Law School Dean William Treanor wrote in a note to the law school community, according to Slate's Mark Joseph Stern.

Treanor said Shapiro will remain on leave and off-campus until an investigation into whether he violated the university's policies and "expectations of professional conduct" is complete. InsideHigherEd reported that the Georgetown Black Law Students Association among others had previously called for Shapiro's termination.