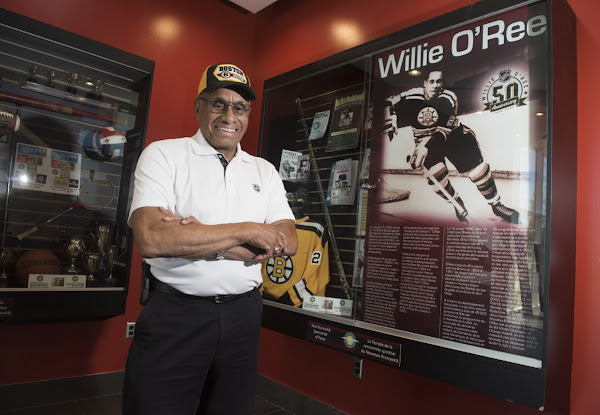 O’Ree was the first black player in the National Hockey League (NHL) and was inducted into the Hockey Hall of Fame in 2018.

“Black history is American history, and I am thrilled to see our bill to award Willie O’Ree with the Congressional Gold Medal pass the House of Representatives today,” said Rep. Pressley. “Willie has had a tremendous impact both on and off the ice and the Congressional Medal is a testament to his lifetime of service, his contributions to the game, and the example he has set for Black athletes everywhere. I am honored to play a small part in getting him the recognition he so rightfully deserves, and ensuring Willie takes his rightful place in American history. I am grateful to Congressman Quigley, our colleagues, and the grassroots organizers who helped to make this a reality.”

O’Ree is an extraordinary athlete and activist who overcame numerous challenges and broke historic barriers to ensure that future players of diverse racial backgrounds would have equal opportunities to play hockey. In 1958, O’Ree was called-up from the minors to play for the Boston Bruins, becoming the first black player in NHL history. As the sole black player in the NHL, O’Ree endured racism, bigotry, and prejudice from players and fans on and off the ice. Despite this, he spent more than twenty-four seasons as a professional player in both the NHL and minor leagues. Following his professional hockey career, he became the NHL’s Diversity Ambassador, where he established the Hockey Is For Everyone initiative to offer marginalized and disadvantaged children an opportunity to play hockey, create community, and develop important life skills.