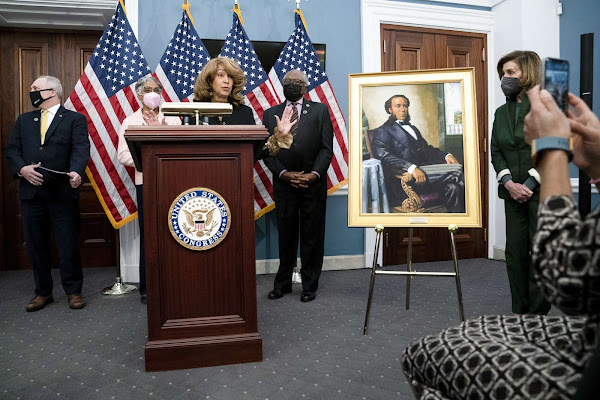 Rep. Joseph H. Rainey, born into slavery in 1832, was honored Thursday for being the first Black member of the House by formally having a room in the Capitol named after him.

No. 3 House Democratic leader James Clyburn, Rainey's great-granddaughter Lorna Rainey and others used the event to say the battle for racial justice and voting rights that Joseph Rainey championed must continue.

“I have children. I have grandchildren," said Clyburn, who like Rainey did represents a district in South Carolina. “I want them to feel as proud of this country as I am."

Clyburn noted that eight African Americans were elected to the House from his home state during the 19th Century but said, “The problem is there's 95 years between No. 8 and No. 9," who is Clyburn himself, first elected in 1992. “Anything that's happened before can happen again."

“If Joseph Rainey could accomplish so much during his time, then certainly you can be the ones to get the people’s work done," his great-granddaughter told the small audience, which included lawmakers. “As we honor this man, please let us remember what he stood for, what he put his life in danger for and why his legacy endures today."

The brief event featured speeches delivered beside a portrait of Rainey, sitting with legs crossed in the Capitol and sporting prominent mutton-chop sideburns and a dark suit.

The modest room now bearing Rainey's name is on the first floor of the Capitol and was used by the House Committee on Indian Affairs, on which he served. A plaque in his honor was placed outside the room. 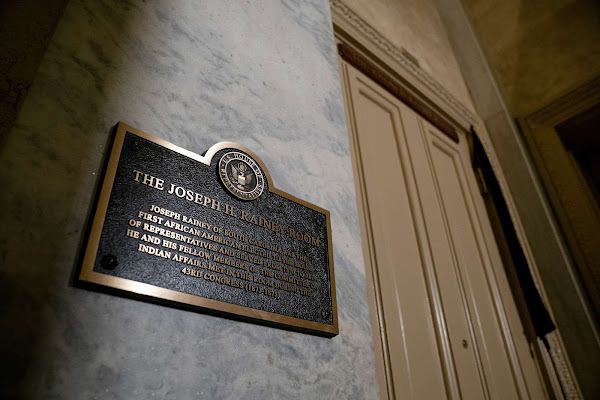