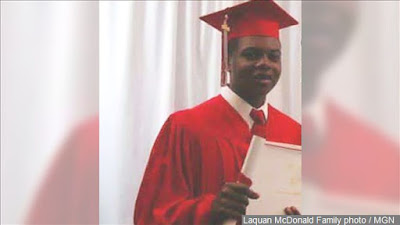 Former officer Jason Van Dyke was sentenced to six years and nine months after his conviction in October 2018 for the killing of McDonald, who was 17 at the time. Van Dyke is set to be released from prison on Thursday after serving less than half of his prison sentence.

In the letter, NAACP President Derrick Johnson urged Garland to "provide your commitment to move forward with appropriate and applicable federal charges based on the Federal Grand Jury findings and other relevant evidence"

"Given the egregious nature of his crime, the NAACP believes that at a minimum, the murderous officer should be charged with a federal civil rights violation under Title 18, U.S.C., Section 242 - Deprivation of Rights Under Color of Law," Johnson added.

He added that over its 113-year history, the organization has "seen unfair and inequitable favor given to law enforcement officers who unjustly take the lives of members of the Black community and have fought fervently in opposition to such favor."