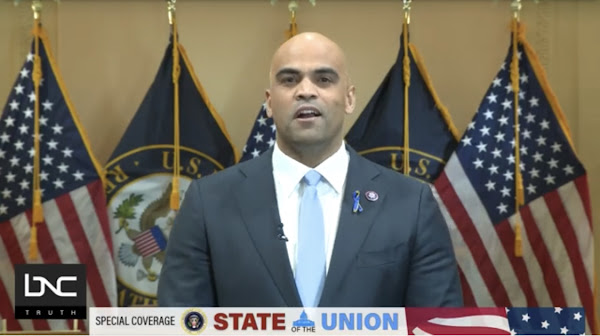 The Congressional Black Caucus has responded to President Joe Biden's State of the Union Speech.

Rep. Colin Allred spoke about the CBC’s support of Ukraine, praised the president for creating jobs but acknowledged that unemployment for Black America is lagging. He urged for the passage of voting rights legislation.

Watch his response below: